Hidden behind the vast waters and wondrous islands of Palawan is a secluded area that has been long ignored by the local government. It is a remote island that serves as a haven for a population of 1,664 individuals from 322 households. This remote barangay is called Beton. As a remote island, Beton has witnessed several problems that need to be addressed right away. These problems include the need for clean water. Water is not a problem for them during the rainy season, but it is a huge concern during the summer. Their only deep-well located on the mountain dries up quickly so they have to buy from the mainland Taytay. They have to travel for 20-30 minutes by boat from Beton to Barangay Bantulan, Sitio Pamulot to gain access to water. But, it is not for free. A drum or 20 containers cost 100 to 200 pesos including the boat gasoline.

During school days, Beton Elementary School requires each student to bring 1.5 litres of water every day for flushing their toilets. To save money, most students opted to go up the mountain and get water from the deep-well which is very risky for them. The people of Beton have pleaded help from their local government numerous times. However, they have been disregarded despite the promise, every election that they will construct a water tube from Barangay Bantulan’s deep-well. They also guaranteed to donate taps too. But, many elections have passed and those promised remained as it is.

According to the plan, two of the rainwater tanks would be placed near the elementary school. For accessibility purposes, the other tank would be strategically placed outside the Barangay Hall and Health Centre.

The rainwater tanks are expected to stock enough water for the people to use during the dry season.

To be able to build the tanks, WWF-Philippines and DBOS needed to gather the amount of 150,000 pesos. Each tank costs 50,000 including the labour and materials needed. All three tanks are estimated to take at least 8 days to be built. This is to prepare for the rainy season where the tanks could be most utilized for the benefit of the community.

Together with WWF-Philippines, DBOS is still on its way to collecting the amount needed for the construction of the rainwater tanks.

Help us give the simple joy of clean water for the people of Beton by donating here.

“No one has ever become poor by giving.” Raynuha Sinnathamby, the Managing Director of Springfield City Group, aspires to create a new city by… Good news for Filipinos: The Business Process Outsourcing industry expects an influx of over $1 Billion… Masayoshi Son, the founder of SoftBank Vision Fund, recently gave a talk to startup CEOs during… 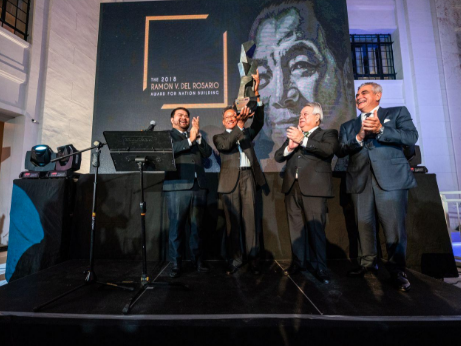