Before the year officially ends, the Dynamic Business Outsourcing Solutions spent a fun and epic Saturday retro party at Tiyo Craft Kitchen & Bar on December 7, 2019. Entering the venue was like a flashback from the 50s up to the 80s as it was filled with handmade vintage decorations all over the place, whilst the ambience also complimented the theme.

Far from the usual office setting, the party looks exactly like an overlap of generations as our staff partied the night away wearing their own interpretation of retro OOTDs. From the classy and elegant outfits to the hippies of that generation, everything was definitely on point.

The party has not even started yet but everyone was visibly excited with all the raffle prizes that were given on the same night. The winners are highly anticipated as loads of different prizes have been taken home by our lucky winners. But the happiest of them all, the 5 grand prize winners who won the best prizes for that night.

The night is still young and everyone has kept their costumes and looks on point until the best-dressed awardees have been announced. But out of all the dazzling and eye-catching costumes, two of them have definitely stood out from every single person on that night.

To hype the crowd and make them jam to the melody of the 50s to 80s, a specially formed DBOS band graced the stage. From the hit ballads to the grooviest dance songs of that era, they’ve got the music covered. And before the night ends, the most important awards – the core value awardees were announced and was given their respective plaques. These are the role model employees that have shown remarkable output and attitude that live up to the company’s goals. Special appreciations and tokens of gratitude were also handed to those who made an effort to make the company’s year-end party even more memorable for every staff. But more than all the awards and raffle prizes at tow, the employees have mostly enjoyed the memories about that night. And until the party has ended, everyone has remained with high spirits.

Watch this video to see more of what went down during the DBOS Year End Party 2019.

Extending our gratitude and heartfelt thank you for all the client’s support, most especially the staff for the whole year. It was not an easy journey to be operating in the offshore staffing industry in the Philippines, however, we made it this year and we made it very far! Last Friday, October 27th, DBOS team members disappeared for an afternoon and was replaced by colorful… 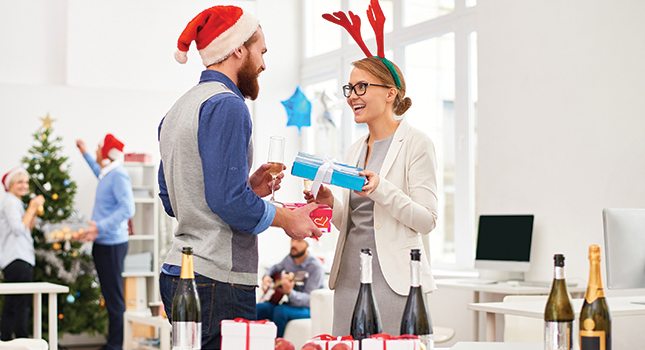 After partying on Halloween, Christmas is the next big shindig, especially here in the Philippines where…